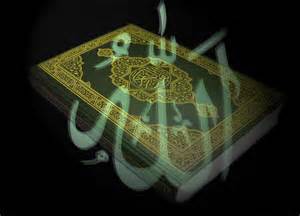 Below are the sayings of last Prophet Muhammad (PBUH) that shows the Holy Quran recitation reward.

There are lot of People in the world famous for their Holy Quran recitation , when they recite they won your hearts.

Prophet Muhammad (PBUH) said: Verily the one who recites the Quran beautifully, smoothly, & precisely, he will be in the company of the noble & obedient angels.

And as for the one who recites with difficulty, stammering or stumbling through its verses(,because he does not know how to read it but is trying to) then he will have twice that reward. [Bukhari and Muslim]

The above saying clearly depicts the Holy Quran recitation reward and it is really great to have it , even you feel difficulty in reciting you will get double reward , that is something really special.

Everyone should have Holy Quran at home , this holy book is a great companion to have with you.

Abu Hurayra said, I heard the Messenger of Allah, may Allah bless him and grant him peace, say, Allah does not listen to anything so gladly as He listens to a Prophet(PBUH) with a good voice chanting the Holy Quran aloud.

Abu Musa al-Ashari reported that the Messenger of Allah, may Allah bless him and grant him peace, said to him, You have been given one of the flutes of the family of Daud. [Agreed upon] .

), may Allah bless him and grant him peace, reciting Wat-tini waz-zaytun (Chapter #95 – Holy Quran) in the Isha prayer and I have never heard anyone with a better voice or better recitation than he had.

Ibn Masud said, The Prophet Muhammad(PBUH), may Allah bless him and grant him peace, said to me, Recite the Quran to me.

I said, O Messenger of Allah, shall I recite to you when it was sent down to you? He said, I want to hear it from someone other than myself.

So I recited Surat an-Nisa to him until I reached this ayat, How will it be when We bring a witness from every nation and bring you as a witness against them? (4:41)

He said, That is enough now, and I turned to him and his eyes were flowing with tears.